Another version of Abandoned photography.

Took a trip to the old Philadelphia Naval Shipyards that closed in the 1990's.  The place has been taken over by contractors with a small navy presence.  I rode along with some friends who wanted to do some shooting there.  I really went for the ride not so much to take photos because in my mind I had already thought there really wasn't anything to get the kind of photos I like to take. I was surprised at all the different vessels stock piled there.  Different types battle ships cruisers and the above an aircraft carrier.  The carrier USS John F Kennedy the only ship in its class was the last fossil fueled to be made and put into service Sept 1968.  Impressive in size but small compared to the new ones.  I was drawn to the lines of the ship, the rust and worn paint.  This ended up my favorite photo of the day.  This was the  only time I came home from a shoot and printed the nest day   I printed several from the day and now hung on an office wall.  I'll be interested in the conversation since you can look at this many ways. 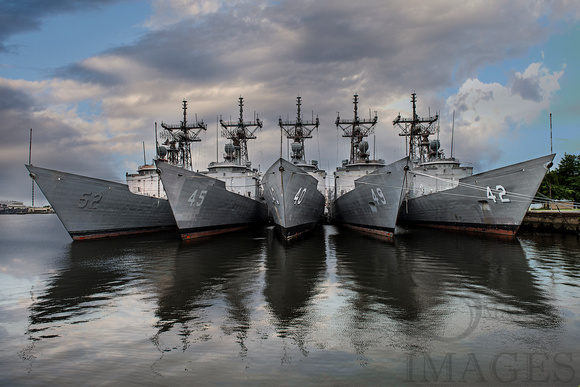 I was amazed on how the ships aligned almost perfectly square and plumb.  I always wonder how they don't tip over.  I also wondered what fate these ships are destined for.  I'm glad I went and there was enough to shoot looking for an artistic look and not something from a vacation.  Shooting tight was the key.  Shooting tight I started with a 70 to 200 and quickly realized 70 mm is too much.  These ships were huge. You need to look for details like lines and shapes or textures.

The bottom line.....When you think a photo shoot isn't for you go anyway and make it you. 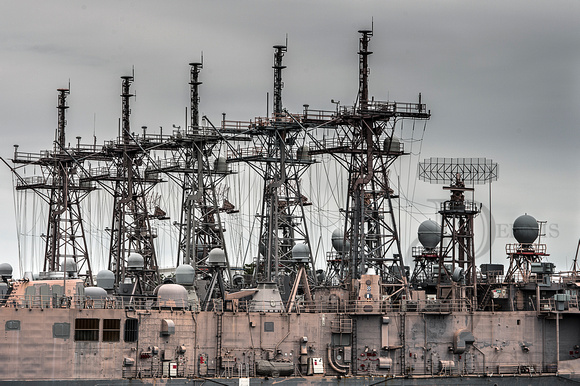