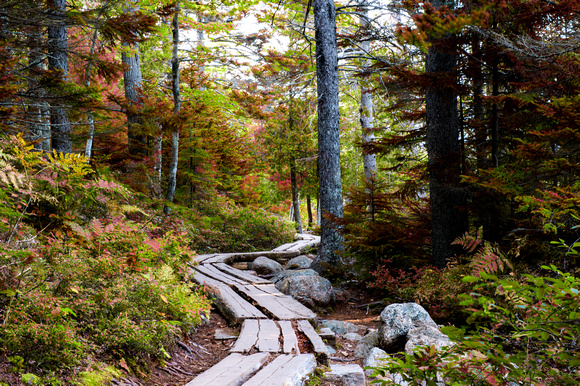 We traveled to Acadia NP last year and again in the spring of 2019 for a total of 6 weeks photographing the park and surrounding areas.  One thing I noticed how courteous the drivers were.  There is so much to look at that you drive under the speed limit and never had someone ride my bumper unless it was someone not from Maine.  Lots to photograph but the fall made better photos than the spring or maybe I should have not gone back so quick.  I wanted to go up to Mt Washington and the fall weather prevented me going up the mountain hence the return.  The fall trip had more stormy seas and after all big crashing waves on the rocky coast line makes better photography in my opinion. 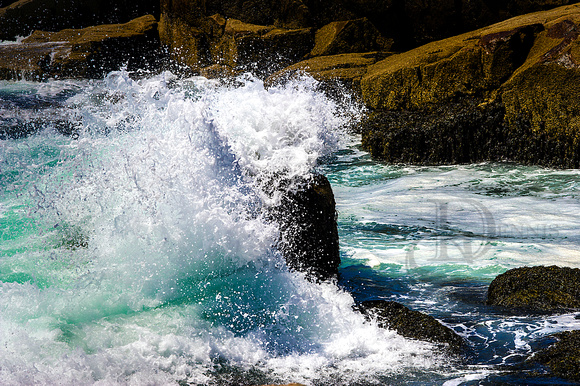 I do a lot of research on a place before I go however, one of the places I wanted to go to was described in another photographer's site and he described how to locate the area.  I couldn't find it by parking where he said it was almost time to leave.  I finally ask a ranger where boulder beach was and he said there wasn't one.  The ranger said I might be talking about Monument Cove which is another name I read somewhere else.  I was parking two parking lots farther than necessary.  I did a recon and found the location and wanted to do a sunrise shot.  To get there low tide  was my choice and you can't always pick that for a sunrise.  I finally made it not at the ideal time. I climbed down over the cliffs hence the low tide.  I second guessed the tide time or so I thought based on the waves and decided I had better leave before I got trapped there.  With the slippy rocks I decided to go the dry ones so I wouldn't fall and noticed what I thought was a cave.  I was already there and when I got there it was a pathway complete with a rope to hold on to making the trip out a lot better than the rocks.  Again I mention the research and leaving bad information or leaving out the path I wonder if they really don 't want you to go there.

Your photography skills come in handy when you are not in the best light.  Shoot with filters to enable a slow shutter speed will smooth out water even when there are waves. The boulders are treacherous polished by thousands of years and they were wet from the sea.  I ended up breaking some filters and fell a few times moving around to get better angles. I may have to go back just to get at sunrise.  I was there in the beginning of October and it was not colored  with the trees not turned.  Leaving Acadia heading to New Hampshire I found the color I expected.  It rained the entire time at Mt Washington which prevented the drive up the mountain.  I did have a mission to photograph a water fall half way between Mt Washington and Bar Harbor.  We were camping in a fifth wheel trailor and I didn't know if I could get there with the camper so I went to Mt Washington and drove back to the falls.  The water fall was named Small's fall and I have it printed on metal. 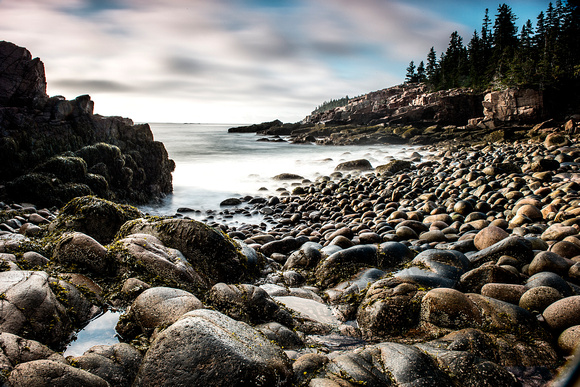