ABANDONED PHOTOGRAPHY...... STAGING OR NOT 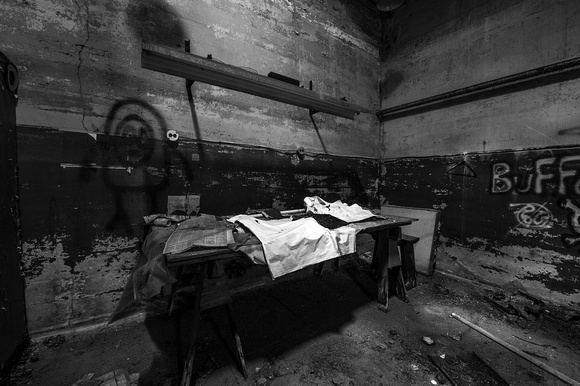 I am a firm believer in making an image and if you stage a shot then OK.  Make it your own something unique.  I remember making a comment on someone's photo about nice photo but I would have thought about removing a chair that just didn't fit.  They replied they never move anything and just shoot what they find.  I replied so did the person who staged that shot and everyone else that came upon it.  Then they told me how they looked at it and it made sense for them.  That's why I try not to comment on anyone's work other than when I like it and all I say is LIKE.  I found the above table and paperwork and a sign outside that said engineer room.  I thought how it speaks just that.  I know they didn't close this place and just lock the doors so someone was involved in this photo.  I have been places that closed suddenly and shot what I found.  I would call this documentary photography.  I like the challenge to make something that is more art in the abandoned photography.  I believe that doing the abandoned photography has made me a better photographer.  Below is a photo that I found the broom and dustpan somewhere else and took that photo.  I found the pile of dirt and went back and moved the pan.  The light was really nice and soft in that spot.  Natural light from a window made the shot.  I usually put things back or somewhere else to make an image that hopefully is the only one.  I can tell you that doesn't always work either.  Sometimes the staged item is just meant to be there.  I found an old wheelchair in a hallway.  I moved it to several locations and left it where the final shot was taken.  I told my friend where the chair was and when I returned it was sitting right where I had moved it from.  I had already took that photo when I first found it.  Why was that chair there and why did he place it back?   The light was perfect just where it was.

The next time you are out photographing think about making an image instead of taking a snapshot and I think you will become a better photographer even if you are already good.  The whole thought process will make you see things differently.

STAGED AT A SILO CITY WORKSHOP 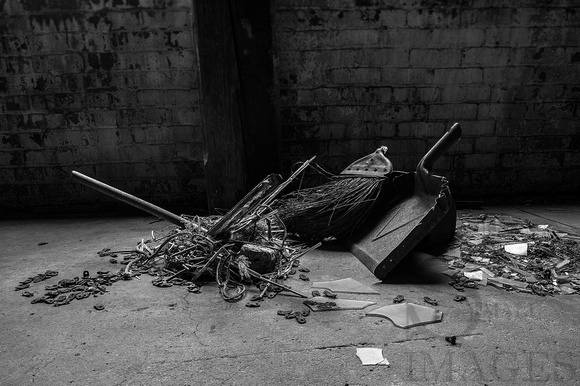