PHOTOGRPAHY FOR A GOOD CAUSE 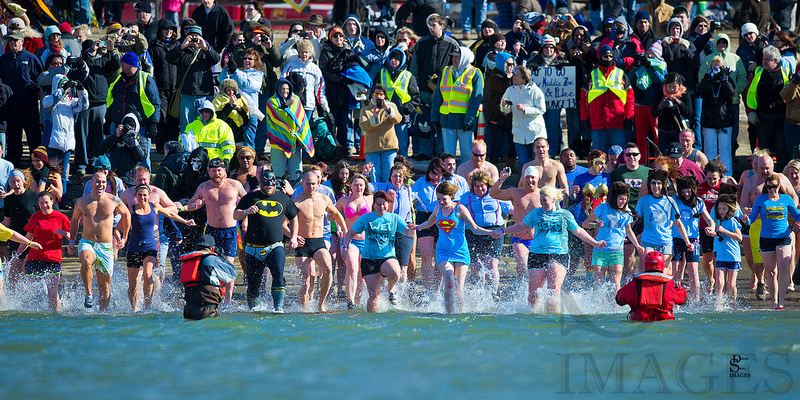 Better Photography can mean many things.  A great photograph that tells a story,  artfully done or contributes something for a greater good may not get printed big and hung on a wall.  It may be a web sized 4x6 or printed, a greeting card or printed on a news letter.  That photograph can be a group of people in February running into icy body of water to raise money for a cause.  For me my first experience with a group of people was an idea I had from seeing photographs in the news of wet chilled to the bones people running from the water to find a way to warm up.  As much as those photos told a story I wanted to try a different take and show the faces of these dedicated folks as they run in the water.  The first attempt I went to the river and tried to shoot across the river to the City Island in Harrisburg.  800 MM at a half mile gave me some photos but not what I wanted so I waited till the following year and I put a boat in the water cut the distance down and shot the above  photo.  I called it super heroes for two reasons.  First it takes someone special to do this no matter what the cause and second there are several Super Hero costumes in the photo.  I printed this and gave it to the area coordinator at Special Olympics and then printed it and hung it on my own wall.  I planned the photography but got lucky to have the content with it.  It started something for me that I didn't expect.  I had to go to the special Olympics meet and photograph the athletes during some of their games. These athletes are as serious as any other competition out there. 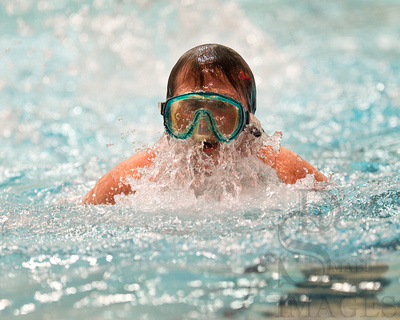 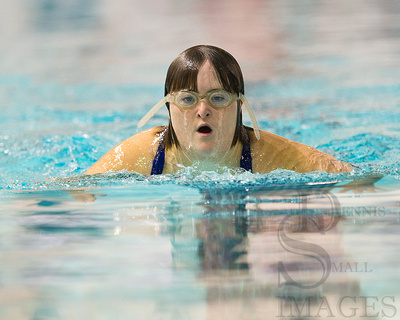 The photography impact can't be measured in Facebook likes or the other media you share with but if you want to know ask the people in the photos and listen to the stories.   Special Olympics isn't the only worthy cause so if you want some feel good find one and volunteer some time even if you keep dry and warm while taking photographs of the others running into 36 degree water with 20 MPH winds to raise money for these athletes.

As with all photography I want to do better photography so in 2015 I gave the Polar Plunge another try mostly because they relocated to Gifford Pinchot park and the lake was completely froze over.  Volunteers use chainsaws to cut a hole in the ice and that presented me with another opportunity setting on the ice close and personal.  It was so cold first thing in the morning there was ice starting to skim the opening in the ice.  I got there before the sun came up and took a few background photos and just waited.  This year I was looking to get some shots of someone I knew (the joker) who said he was retiring from the plunge.  Barry Stetler was the king of raising money for this event and I wanted him to have something printed.  As I planned this photo the look on the faces of the plungers tell more than the story I went for.  Is it surprise of the cold as they step in the water?   To me a painful look as you body gets the shock and hypothermia can set in in minutes at those temps.  What ever it is PRICELESS for better photography! 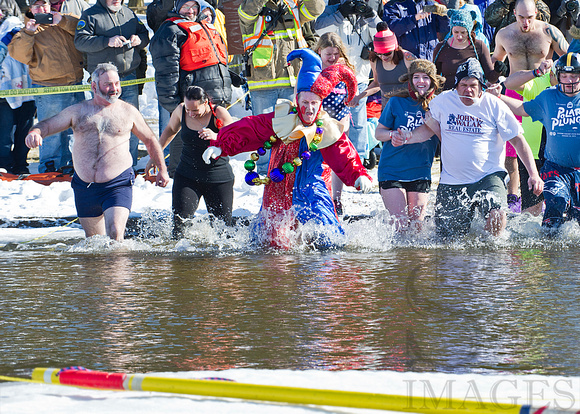